Mandated by a private individual, the bailiff travels to draw up a report of a bailiff's statement of facts. This one will be supported, if necessary, by additional supporting documents (photos, videos, screenshots, diagrams, plans, sketches, photocopies of documents... ). Except in rare cases in rental matters, the price of the statement of facts is freely negotiated with the bailiff according to the specificities of the operations and their duration.
Let us recall the concrete advantages of the recourse to the judicial officer's statement of facts to guarantee the respect of your rights and/or the protection of your goods. You have the certainty of having irrefutable and indisputable proof with the authorities, courts and insurance companies. You will save time, money, and certainly avoid a long lawsuit .

Water damage occurring in the home, encroachment into a private garden of a building illegally erected by a neighbour (construction of a party wall that will completely hide the initial view), nuisances caused by neighbours or residents (noise, kitchen odours, wild or poorly managed plantations).
The bailiff can be led to note all kinds of disturbances of which you could be victim. Whether these disorders are auditory, visual, olfactory? It is however imperative to specify that each observation must be carried out within a legal framework known to the judicial officer; for this reason, it is essential to be accompanied by a professional to guarantee an irreproachable proof in front of a court.
As regards the right of way or easement, it is important to know that there are provisions that allow a person to establish the existence of an easement if it is exercised continuously for more than thirty years. It is therefore essential to have the existence of such a servitude established in such a way as to give a definite date for such exercise, either at the beginning of the use, or at the end of it.

Mandatory posting of the building permit, state of progress of the building site (delay, abandonment or poor workmanship) and poor execution or non-compliance of work in progress, acceptance of work ... The construction of your home does not go as planned: a craftsman has deserted the site, the painter has gone before the roofer, just laid your floor already curls up ...
For all these cases, remember to preserve the evidence of what you yourself may have found. Call on a bailiff to officially record the disorders that affect your real estate project. By preserving proof you keep the possibility of taking legal action if necessary, thanks to the bailiff's report.

Purchase or inheritance of a building in poor condition

It is recommended to the new owner to have his initial condition recorded by the bailiff.
Do you wish to avoid conflicts between your children after your death over the division of your property or one of your relatives has just died and you wish to avoid being accused of misappropriating furniture or you simply wish to prevent a third party from misappropriating furniture?
You have just inherited a house in very poor condition and you are afraid that its value will be contested after work has been carried out on it?
Please note: the tax authorities may challenge the value of the property. This proof provided by the bailiff's report can be used against the tax authorities, who may have to review the inheritance tax on the property you inherited if it was clearly undervalued at the outset. You will be able to oppose this proof to a co-heir who claims to have been prejudiced in the succession.

An inventory of fixtures, drawn up by the bailiff when entering the dwelling, protects the rights of the owner and the tenant. At the time of the tenant's departure, the bailiff's report drawn up will distinguish, according to the terms of the law, the possible degradations to be paid by the tenant from those resulting from normal wear and tear. This intervention thus facilitates the return of the security deposit.
Generally these interventions are carried out "amicably", the costs being shared between the lessor and the tenant (the law fixing the share to be paid by the tenant). In the event of a dispute between the two parties, the more diligent party can call in the bailiff. In this case the amount of the statement of facts is fixed by law and divided equally between the parties.
Other types of bailiff's statements of facts: subletting, unauthorized, by an unscrupulous tenant or seasonal rental scams on the Internet, presence of a bailiff at a general meeting of a co-ownership or association ...

For any request for a bailiff's report : use our online platform 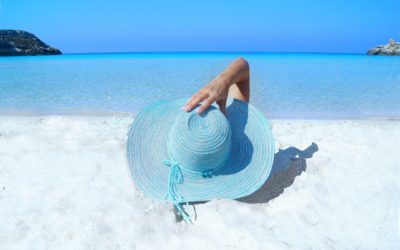 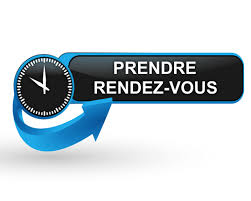 WAIVER OF SUCCESSION: please have the reflex Bailiff